A deep rainbow sky blurred into the horizon as the magnificent dark shadow of Mt Taranaki loomed before us. The van was trundling along, neither of us completely aware of the gas dial falling towards “E” on the dashboard.

We had escaped the rain thank goodness, and were on our way to our first multi-day hike around the Egmont National Park.

The light faded as we began our ascent up the winding mountain path. Our plan was to sleep on one of the self-contained spots up on the mountain. 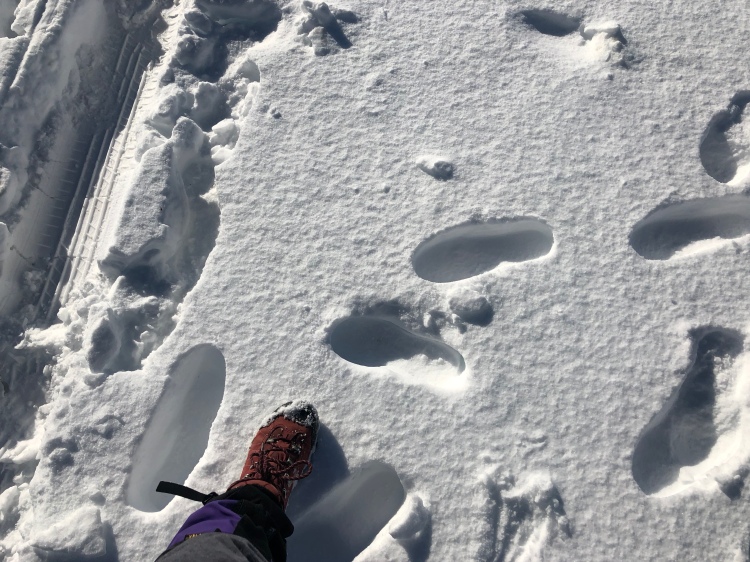 The road turned from black to white and a crunching sound started from underneath the wheels. We had forgotten that the heavy rain at a cold 1172m high would have turned to heavy snow.

We reached Stratford Plateau, a wide open car park on a mix of ice and thick snow and the wheels came to a struggled halt.

With no phone reception and no-one in sight, whether we liked it or not we were setting up camp here for the night. As it was Spring, the snow would melt in a couple days and we would be free again. 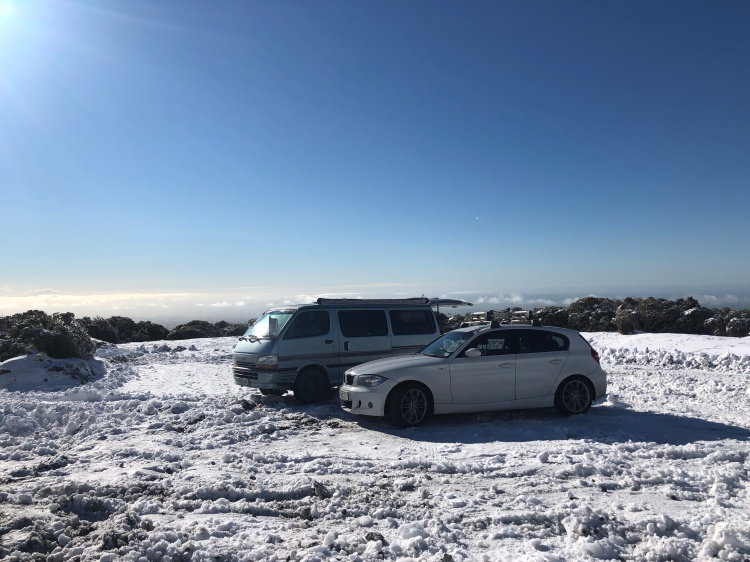 It’s a bit of an inside travelling joke that only the German tourists, in the biggest carpark in New Zealand, would chose to park an uncomfortably close distance next to you. Low and behold the next morning, the ONLY car in the car park, was a BMW, and stuck next to us. 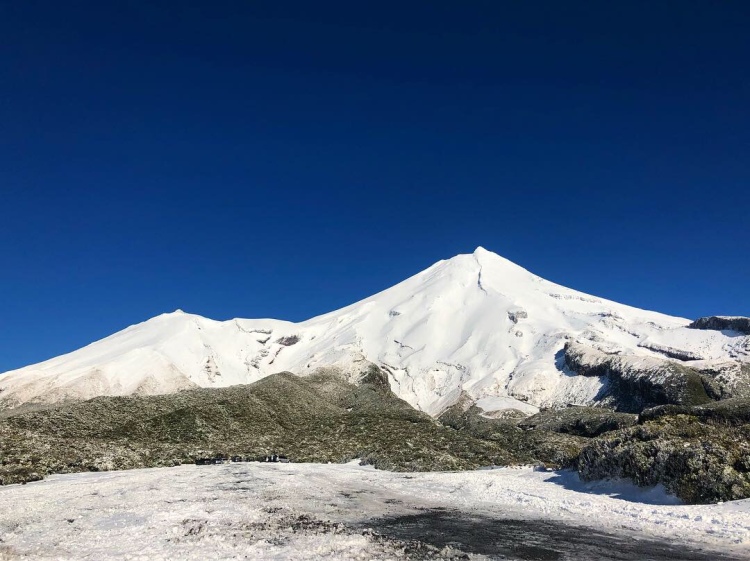 The view beyond the BMW took my breath away. The peak of Mt Taranaki stood against a clear blue sky, bright and covered in snow. Our empty campsite carpark with a peaceful morning view was quickly interrupted by a fleet of family-sized cars packing in to the parking lot.

Brushing my teeth surrounded by families with sleds, and guys unloading fat skis from the car, my attention came to the two faint lines against the snow. Chairlifts.

We were at the foot of Manganui Ski Resort, on a rare day that it was actually open. A father of 4 kids informed us that the resort had been closed for weeks but after the heavy snowfall it had decided to open, for one day only. 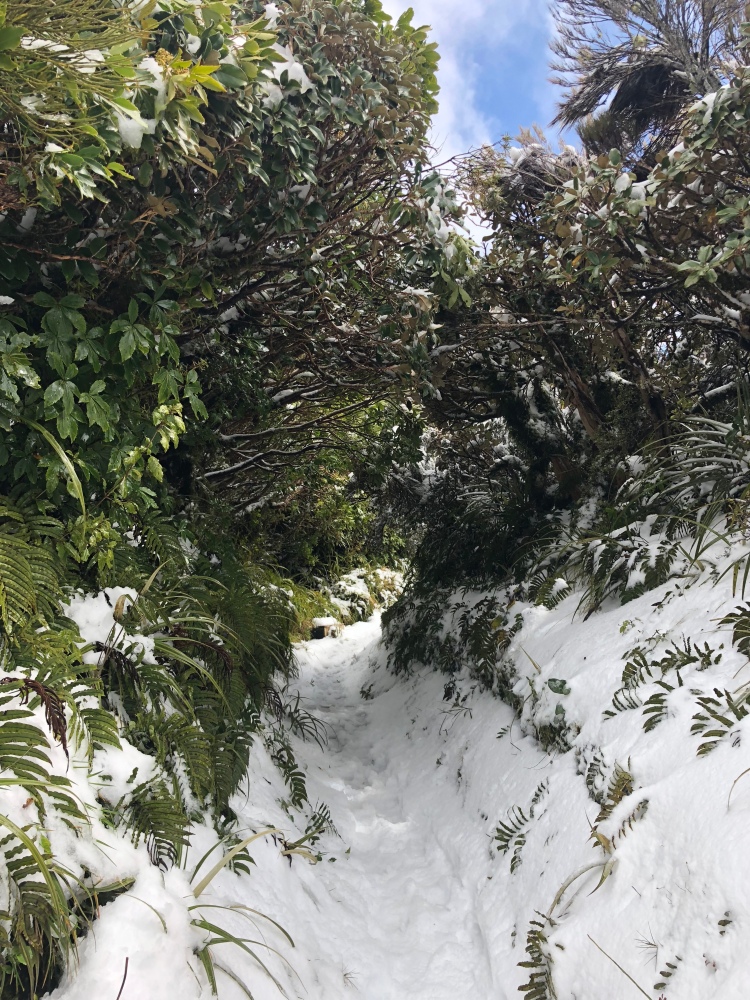 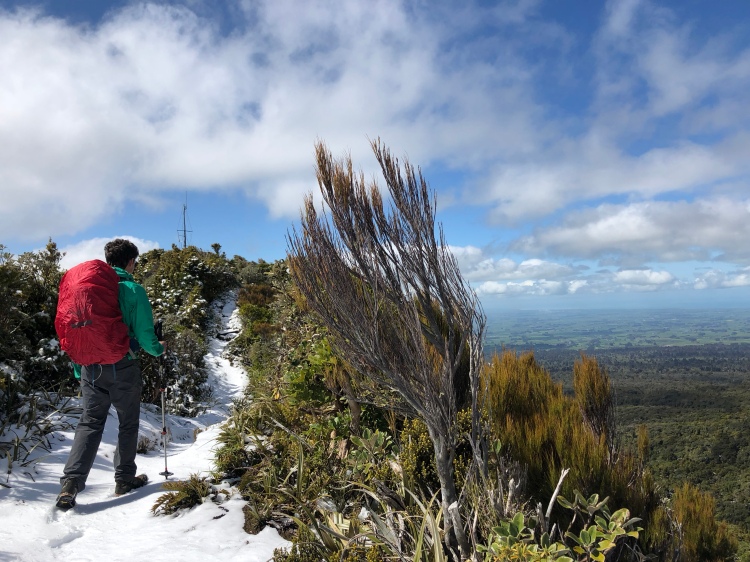 The van was well and truly stuck in the snow still so we left Sonny to unthaw and decided to hike to an overnight hut about 2 hours downhill.

I had never done a winter hike before and the ferns were laden with snow, so we threw on our raincoats in the beautiful sunshine as water was pouring like rain from the bushes. 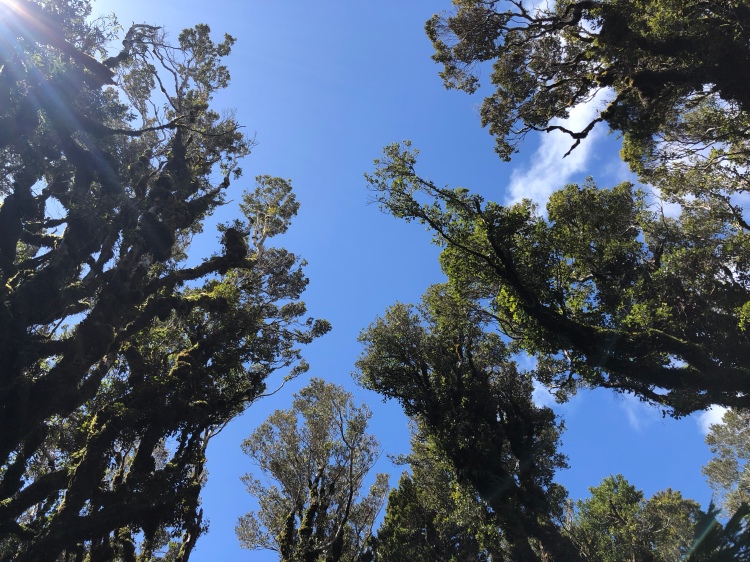 The trail ran down deep into the native rainforest of Egmont National Park. The ferns and trees were thick with barely any space between them.

As we descended, the snow turned to a staircase of framed puddles, as the trail probably hadn’t been maintained since last autumn.

The Waingongro Hut was a pleasant hut in view of the summit, with a space to hang in a hammock out in the afternoon sun. The shelf-like beds have camp mattresses and a large wood stove stands in the kitchen. There was a toilet and water tank so it made for a really comfortable stay. Sam had some intense debates with a German hiker about Trump and I managed to leave them to it to practice yoga in the last of the days light.

Hiking out was an adventure. We descended further to Wilkies Pools, and found a rushing waterfall carving out the granite in smooth flowy forms.

…It’s not often you’ll see a snowman in a native New Zealand forest.

The brunt of our hike was ascending back up Mt Taranaki to the carpark, and at this point we were tentative as to what the condition of the trail we first hiked through in foot-deep snow would be like after a days warm sunshine.

We were met with a combination of slippy frozen steps, heavy slush and footprint-shaped pools of water. But the trail itself, despite being labelled an advanced tramping track, was pretty manageable. On our last pitch back to the car we tried to make it through as fast as we could, disregarding the desire for dry shoes and socks now.

Luckily all this snowmelt meant that the van was unstuck from the ground and we headed on our way towards Tongariro National Park, via The Forgotten World Highway. 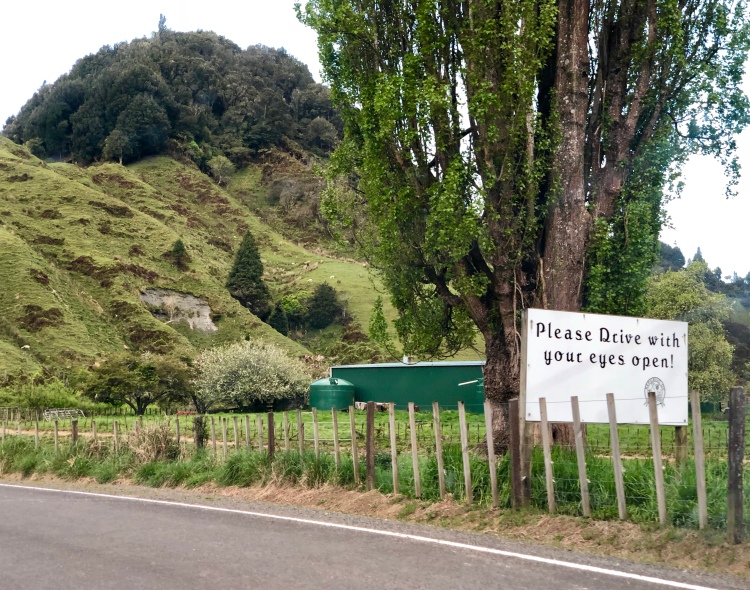