I was first inspired to come here after gawping over surreal sunset pictures on Instagram, from moody purple mists to crystal clear reflections.

Milford Sound, located in the heart of The Fiordlands has become a tourism hot spot, 4 hours drive away from Queenstown.

One of the most popular ways to get up close to this incredible sharp rock formation is to take a cruise. The ferry is quite pricey but if you are planning in advance you can look on GrabOne for some last minute deals for half the price. 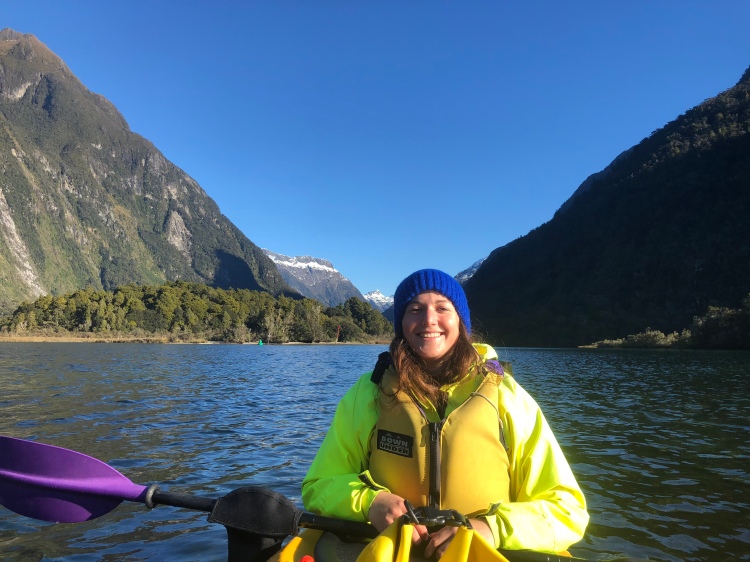 We decided to view the Sound from a different perspective, from much lower down, in a much smaller boat. Seen as a popular and highly pleasurable activity… in the summer.

We were warned at around 7am in the freezing cold dressed in oddly fitting thermals and a life jacket that we would be participating in 3 solid hours of kayaking. No biggie. How hard could it be? Besides, Issy figured that I was strong enough to take over the paddling once she got tired. Ha. 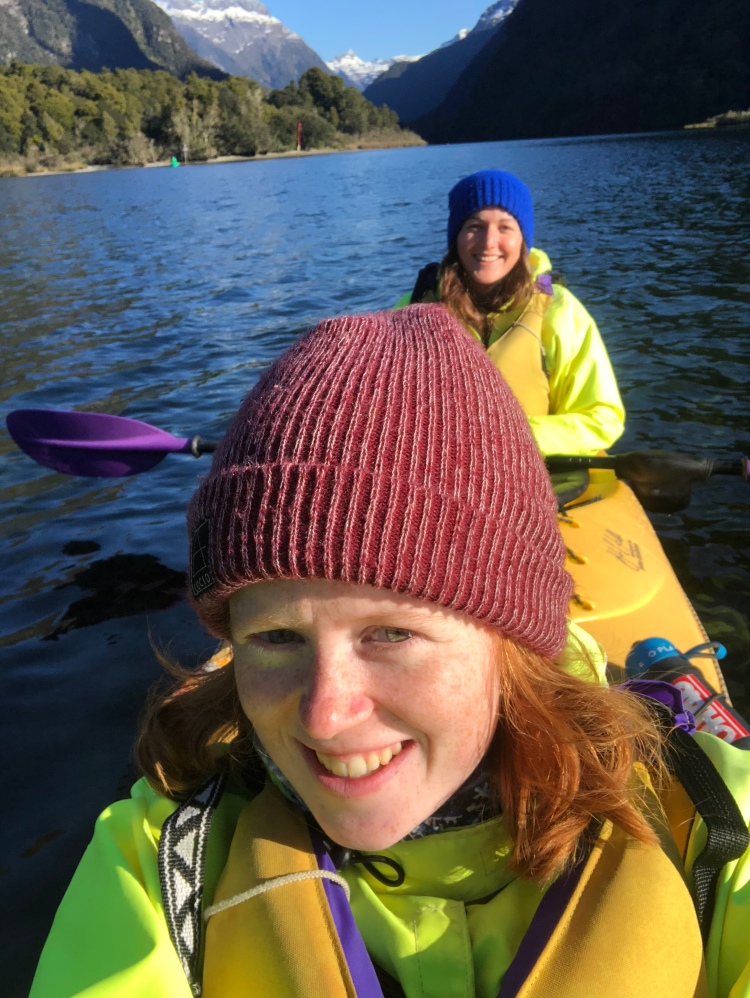 With a brisk push into the icy clear waters we were afloat. After some wobbling and inefficient paddling that splashed water onto the spraydecks designed to keep the water out (supposedly), we found a rhythm that didn’t make our arms feel like they were on fire. 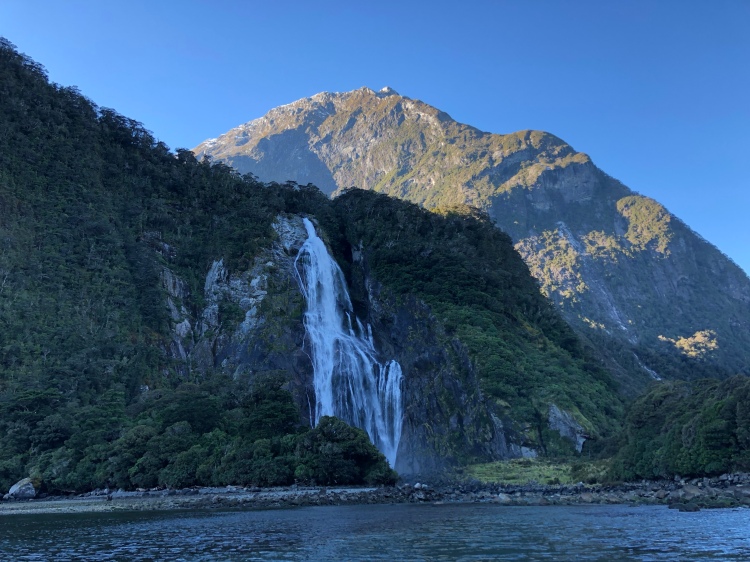 The scenery is stunning. It was a clear day, with a recent history of little rain, so the cliffs were quite dry. On a rainy day, waterfalls cascade down every face and makes for quite an impressive atmosphere.

Upon looking down into the crystal clear waters, the edges of the Sound just disappear into blackness, as in places this lake is 400m (1312ft) deep.

After discovering Milford Sound on a mission around The Fiordlands, Australians discovered several other Sounds and named them. They then came back to Milford Sound and realised that Milford was actually a Fjord, not a Sound.

They also made a spelling mistake with Fiordlands, it’s meant to be spelled with a “j” – The Fjordlands.

There is so much wildlife around Milford Sound. We were lucky enough to paddle close enough to a little male sealion who was showing off, dancing playfully in the water.

Driving back to Te Anau was a winding rollercoaster. In winter the access road can be closed off due to risk of avalanches. The road twists and turns through the now protected UNESCO site, which may never have existed if the area had been an UNESCO site before it was constructed.

It’s claimed to be one of the most scenic roads in New Zealand, the countries third highest, peaking at 940m elevation. The rough road was designed and built by Robert Holmes in 1935, starting at Te Anau, through an extraordinary tunnel.

In 1953, the Homer Tunnel was opened, a 1.2km long tunnel cut through the rock in the mountains initially by only picks and wheelbarrows. It took about 20 years to complete, with the workers living in tents in a mountainous area where there might be no direct sunlight for half of the year.

We stopped by the road side to greet a beautiful green bird. Native to New Zealand, the Kea is an incredible example of why New Zealand has such stringent etiquette on protecting it’s bird population.

Little buggers like to strip the rubber seals off of your car doors though!