I wasn’t quite prepared for what I experienced today on my hiking adventures.

My curiosity drove me to Mt Aso, Japan’s largest active volcano, having erupted following the two huge earthquakes under Kumamoto city on April 14 and 15th last year. The first a 6.1 magnitude quake with an 11km depth, followed by a 7.0 magnitude with a 10 kilometre depth.

Experiencing a glimpse of the damage first-hand changed my perspective. 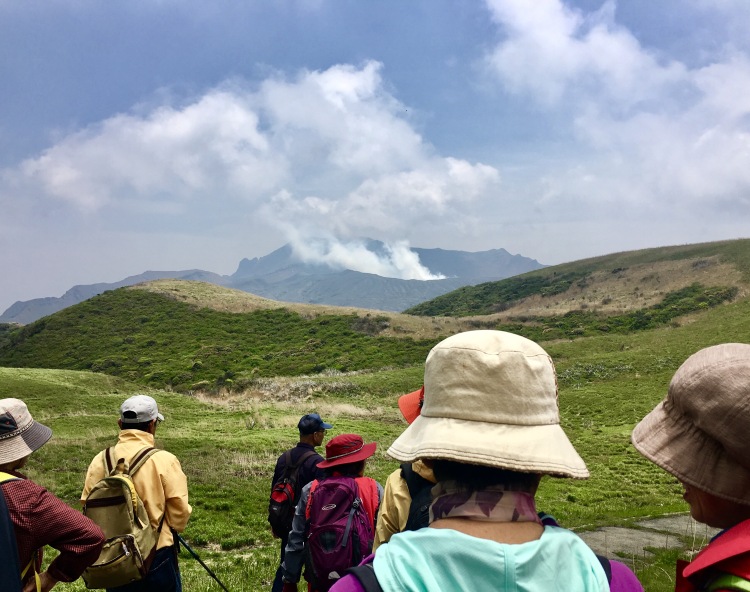 I read that it was an incredible hike. Views of toxic sulphuric gases billowing from the huge crater of Mt Nakadake, across a barren black volcanic sand desert sounded incredibly inviting to me. Probably because it’s dangerous, you can die if the wind blows the wrong way.

However… respecting the rules, I couldn’t get dangerously close this time as they have quarantined off a 1km radius of the volcano, due to it’s recent eruption on October 8th 2016. 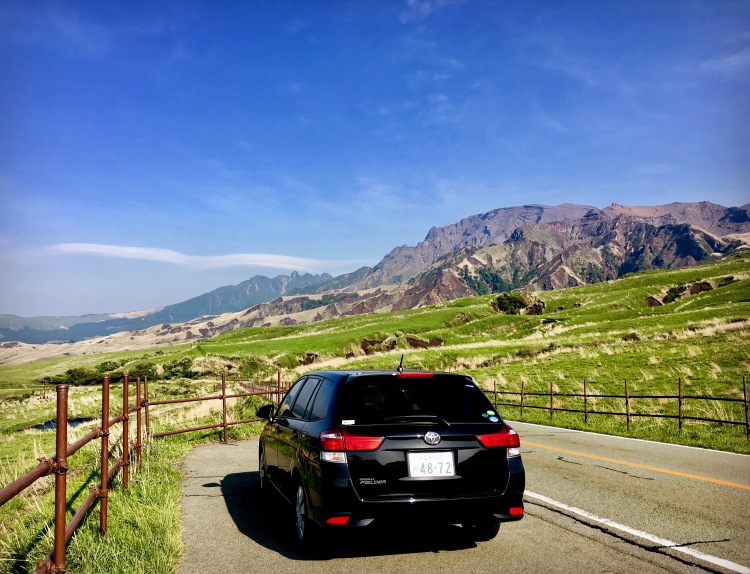 I drove up the winding road to the Mt Aso Volcano Museum parking lot, which along the way had a fair few points of maintenance happening, however the road is very accessible now. They filled every crack, and the roads are patterned with neat tar-mack lines. Just a year on, they have almost finished the entire way up to the closed Ropeway.

The hiking paths however, have suffered horrendously. I decided to hike two peaks near Mt Taka and Mt Nakadake which offered incredible views of the crater and Aso City from afar. Both have circuits which follow up one side of the peak and down the other. I was advised by the staff in the Volcano Museum that you could only walk up to the peaks and down the same route due to the rest of the route being “too difficult”.

I realised straight away what they meant by that when I reached the summit.

The path had been torn away from the rest of the mountain in huge landslides.

The walkable paths had 2ft deep cracks alongside them and the wooden steps were scattered some had huge gaps. It brought about a new level of challenging terrain. It was a shocking, yet exciting hike.

The views were breathtaking. I was standing on the edge of a broken mountain looking at the surrounding mountains all now streaked with brown. At that moment I could see how massive the level of destruction the earthquakes have had on Kyushu.

Aso city has a beautiful temple which was unfortunately partly destroyed also. I prayed for the strength of the people in this town.

As I wandered on, I wasn’t expecting the temple streets to be so quiet. Every restaurant and cafe had no sign of life. 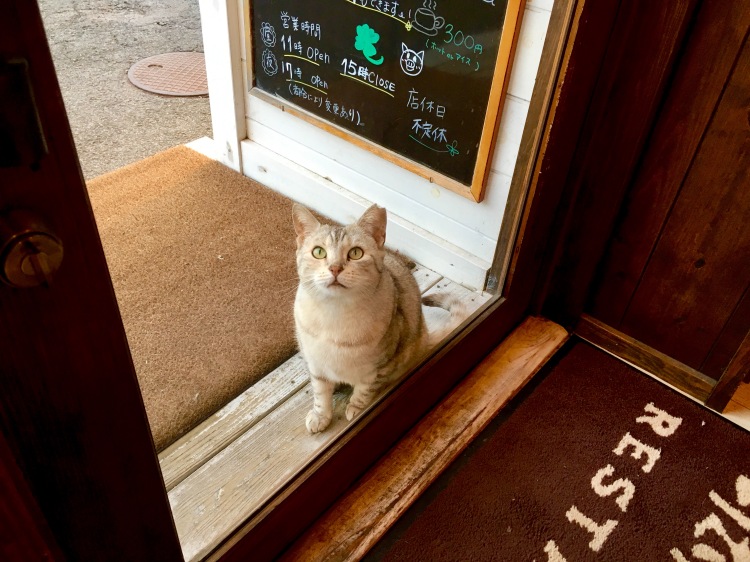 I did find just one open eventually, a cafe surrounded by local cats, that served a really tasty hamburg plate. 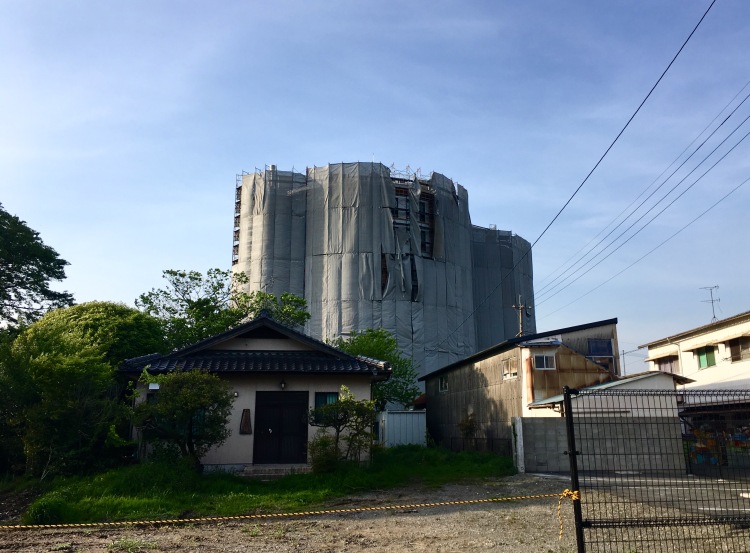 A couple buildings were covered in tarpaulin to protect them from the weather and construction workers were hard at it rebuilding the town.

I respect those who have had to rebuild their lives here. It makes me think of how lucky we are in the UK to not have to deal with frequent natural disasters.

Despite what has happened, Kumamoto area and Mt Aso is a really beautiful place and the people are so friendly. I encourage you to travel here to see for yourself, the local businesses will appreciate your curiosity!