We drove past a giant sheep. A giant 15.2 metres tall sheep. Why?

This tall concrete merino ram, The Big Merino, stands proudly near the Hume Highway in Goulburn. The statue is nicknamed “Rambo” by the locals, and visitors can climb to the top and look through the Merino’s eyes to view the fields and flatlands of New South Wales.

The Big Merino contains a gift shop on the first floor and a wool display on the second floor. It opened on 20 September 1985, and was moved to it’s current location in 2007 as it’s visitor numbers decreased dramatically after the Hume Highway bypassed Goulburn.

There are several “Big Things” that are popular around Australia, so much so that some tour around the country visiting them all. 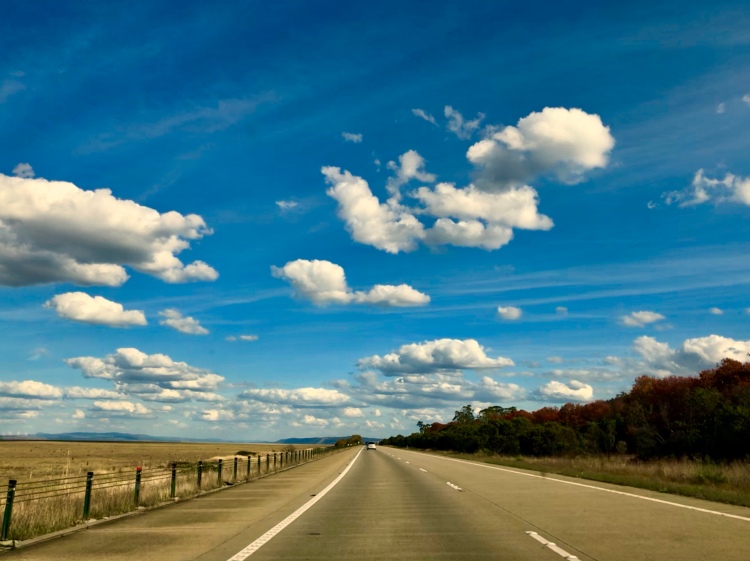 Ollie planned to take me to see the famous “Dog On A Tuckerbox”. As we slow down on the Hume Highway and pull into a carpark just outside of Gundagai, I strain my eyes to try to see this gigantic canine.

Although it wasn’t that big.

This bronze masterpiece was cast by ‘Oliver’s Foundry’ of Sydney and its base sculpted by Gundagai stonemason Frank Rusconi. It was unveiled in 1932 by Joe Lyons, the then Prime Minister of Australia, as a tribute to pioneers.

The memorial was supposedly based on an incident that occurred to a teamster named Bill the Bullocky on the road to Gundagai in the 1850’s. While leading his bullock team and wagon across a creek nine miles from Gundagai, Bill’s wagon became hopelessly bogged in the creek. Trying to drag the wagon out of the bog, one of his bullocks then broke the wagon’s yoke. Bill gave up the job and went to have his lunch. But here, to top off his run of bad luck, he found the dog “sitting” (or worse) on his tucker box. The other bullocks thought the incident was hilarious and one of them supposedly wrote a poem about it. In several versions, the story of Bill’s bad luck far and wide.

As I was coming down Conroy’s Gap,
I heard a maiden cry;
‘There goes Bill the Bullocky,
He’s bound for Gundagai.
A better poor old beggar
Never earnt an honest crust,
A better poor old beggar
Never drug a whip through dust.’
His team got bogged at the nine mile creek,
Bill lashed and swore and cried;
‘If Nobby don’t get me out of this,
I’ll tattoo his bloody hide.’
But Nobby strained and broke the yoke,
And poked out the leader’s eye;
Then the dog s(h)at on the Tucker Box
Nine miles from Gundagai.

It’s a quirky place, which has tourists from all over the world come to visit and see this famous little monument. There is a cafe and souvenir shop, surrounded by a nice park complete with “Doggy Loos”.

If you’re in the area, or making your way back on the Hume Highway from Sydney to Melbourne, I highly recommend a small pit stop.

One thought on “Sydney to Melbourne (Pt.3) – The Tiny Tucker-Box Dog”