Fairmont Resort & Spa, Blue Mountains, is a luxurious hotel fit for weddings and fancy events, complete with a golf course, swimming pool, a gym, pool room and even a working model train set.

So why not take advantage of it?

It is located really close to the Sublime Point Lookout, one of many great drive-to spots to gaze at blue tinged mountains fading into the background as far as the eye can see.

The reason the mountains appear blue, is not because they are actually blue themselves. It is due to an optical illusion. The same reason the sky appears blue.

White light is made up of red, green and blue wavelengths of light. Each light has a different wavelength, blue having a higher frequency of waves than red. The atmosphere, and indeed the air between myself and the distant blue mountains is filled with particles of dust, water, and air.

When the wavelengths of light travel towards the seer, the coloured light waves  bounce off of the particles in the atmosphere causing the light to scatter. Blue light has a high frequency of waves therefore it has a higher chance of hitting these particles and scattering than the red light waves. This in turn makes the blue light scatter more, making it more likely for the seer’s eye to pick up the blue light and the sky and landscape appears blue. The more distance between the seer and the blue mountains, the more atmospheric particles are present and the more blue they will appear.

This optical phenomenon was invented by Lord Rayleigh, and is call “Rayleigh Scattering”. If you ever wondered why the men on the moon could only see a black sky, it’s because of there is no atmosphere, the light is reaching the moon but it is not being scattered so no coloured light waves reaches the eye. Absence of coloured light = black.

Anyway, thats why the Blue Mountains appear blue on a sunny day.

It was time for an adventure and there are many hiking trails around here if you head to the town of Katoomba. There is a shuttle service that goes from the Fairmont Resort & Spa but my best recommendation is to hire a car to seek out all the lookouts.

Unless you’re a hardcore wanderer like me and decide on a 4 hour walk from Katoomba back to the Fairmont Resort, through the gum tree forests and along cliff edges with cascading waterfalls… worth it 😉

I started at The Three Sisters lookout. A popular spot for tourists to take selfies with these three gigantic rocks. I wanted to enjoy the challenging Federal Pass walk with 990 stone steps but today there were controlled fires down in the valley so I was directed to a nice walk along the top of the cliffs called the Prince Henry Cliff Walk. 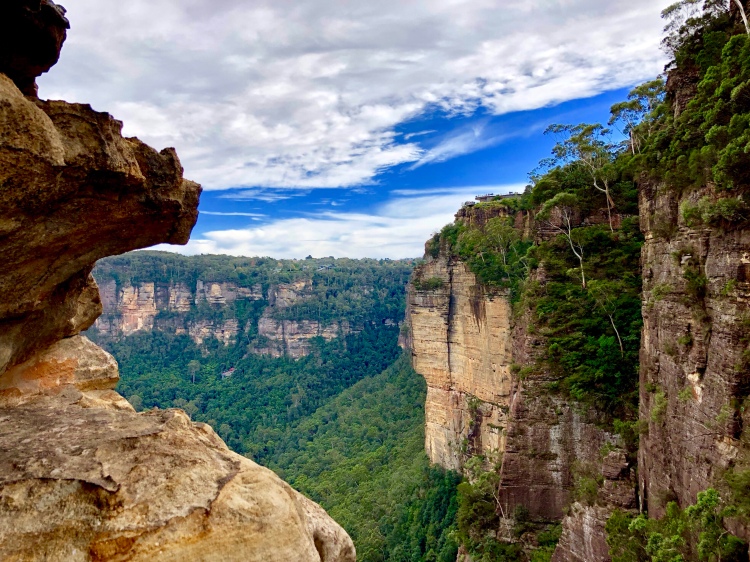 The walk winded through forest and now and then emerged to little lookout spots. The further I walked the quieter it became and I was met by Leura Cascades, a long, small stream trickling over smooth rocks…. 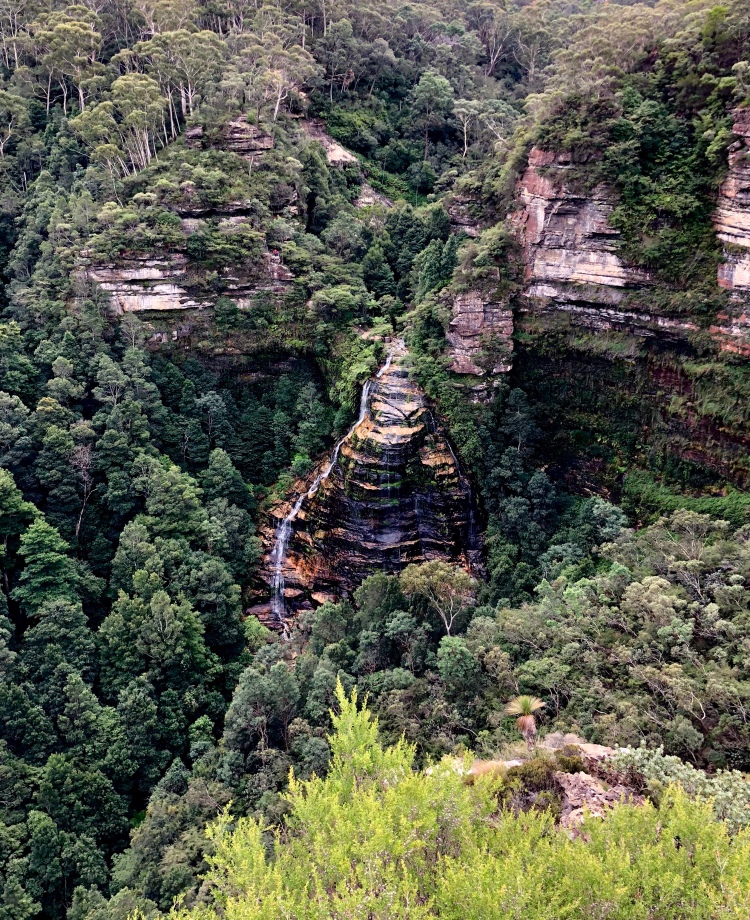 …and then impressive views onto huge trickling waterfalls from The Bridal Veil Lookout. Probably one of my favourites of the walk.

I carried on, and eventually after a stunning look out of Gordon Falls Lookout, I descended down to the Pool of Siloam.

The Pool of Siloam was oddly a very tranquil space to stop and breathe after a 3 hour stroll. It hadn’t rained in a while so the waterfall barely trickled over this large granite rock into a still pool with stepping stones stretching across it.

Navigating myself through the last stretch of forest with Google Maps to guide me, savouring the 4% of battery I had left, I emerged into this well groomed, quiet residential area with stand-alone houses, much like you would see in an American movie. The air was still and there was no sign of movement apart from my own exhausted footsteps…

Until this huge THWUMP happened down the street from me.

Another, closer, the sound of something hitting metal.

Another, with the sound of a car now. I was startled as a car drove past, a chunk of something flying out of the window past me. I thought it was ridiculous for someone to litter in such a pretty neighbourhood. 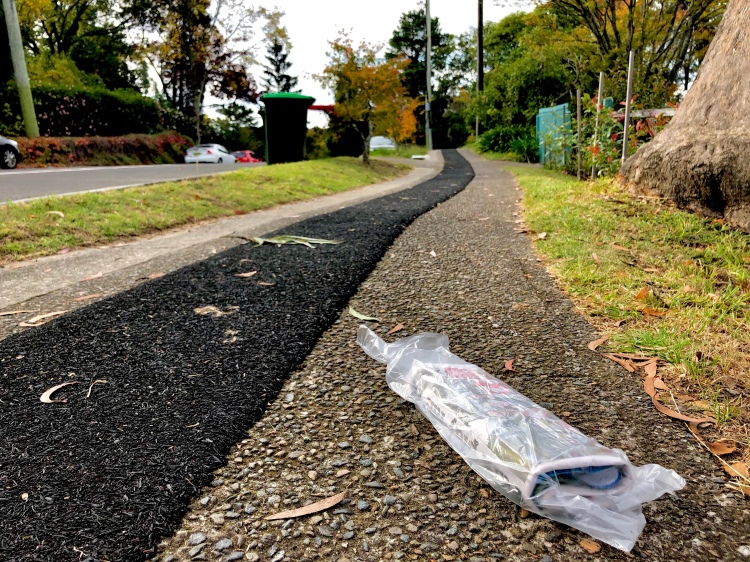 But then I realised as I watched more blurry objects fly out of the window that this is Australia’s way of delivering the papers.

Not some charming old man pushing a painted red metal trolley up the road to the front doors and feeding them through the letterbox!

One thought on “Sydney to Melbourne (Pt.1) – The Blue Mountains; Why Are They Blue?”