Today, it was Dave’s turn to wow me with the wonders of Sydney. He chose well, and we started with the CBD. It was like a lot of the shinier parts of London; tall glass and concrete skyscrapers growing to the sky, with big brand names emblazoned across their very tops. 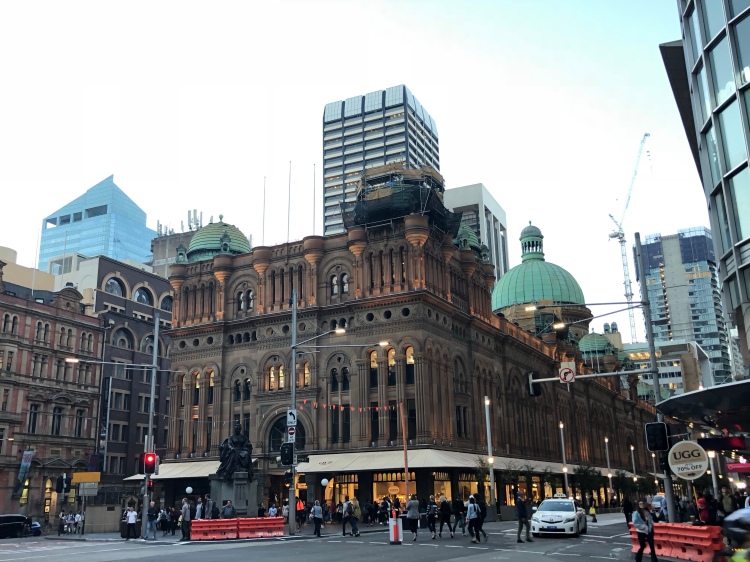 What was interesting was the orange-coloured, sculpted, ancient buildings that sat in the middle of the perfect pavement. At first glance these buildings look at least 200 years old but the stonework is unworn, edges still super crisp. An indication that these were built in a style to look older than they actually are.

It’s not surprising as Australia as a developed country is only about 200 years old. My childhood home in the UK is 122 years old, older than a lot of Australian history.

The building that is on every traveller, holidaymaker and tourist’s bucket list to see from Australia is of course, the Sydney Opera House.

Before the Sydney Opera House, there was no adequate dedicated music venue. Staging opera was almost impossible due to the lack of suitable stages. Music events were held in the town hall.

Sir Eugene Goosens proposed a new music venue, and by 1954 the State Government of NSW became involved in supporting the proposal, as it felt itself increasingly embarrassed by its own inaction. Joseph Cahill set up an appeal to raise money for the building, which it initially raised $900,000.

They set up a competition for the design of the building, where the entrants were free to choose any approach they wished, and there were no limits to the potential costs of the structure. After 233 different design entries submitted from all over the world, Danish architect Jorn Utzon was chosen in January 1957. He envisaged that it would take four years to build, and the estimated cost of the building would be $7 million.

The original design representing the sails of ships travelling to discover Australia was so boldly conceived that it proved structurally impossible to build. Utzon spent 4 years researching how to make the geometric roofs able to be pre-cast, which would reduce the time and cost to make. However the project was still delayed and resorted to many cost over-runs, and Utzon was often blamed for these, probably quite unfairly.

A new government was elected in NSW in 1965, and promised to “do something” about the cost over-runs with the design, which was costing the government a lot of money. This government withheld fee payments and refused his design ideas and construction methods.

This action forced Utzon to resign in February 1966. An Australian team of architects took over and proceeded with its completion. The final cost of the Sydney Opera house was $102 million and it was completely paid for from profits from the Opera House Lotteries by July 1975. 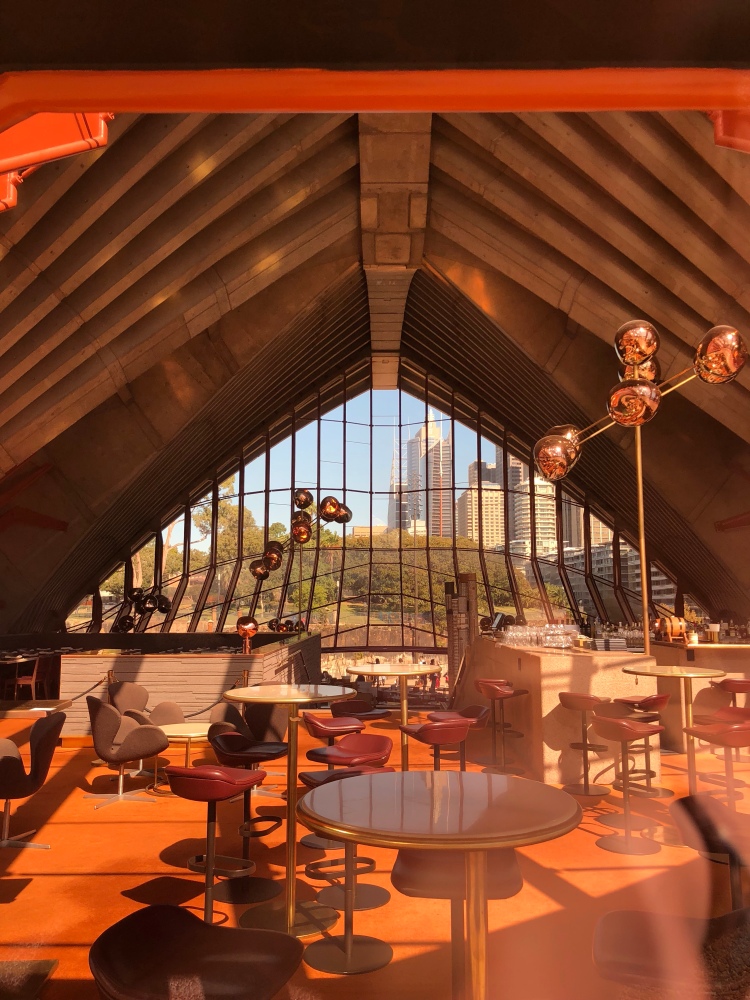 The first performance was The Australian Opera’s production of War and Peace by Prokofiev on 28th September 1973. The Sydney Opera House was officially opened by Her Majesty Queen Elizabeth II on 20 October 1973, 14 years after construction had started.

The port of Sydney was buzzing with ships of all different sizes. This large passenger ship towered above the Sydney Opera House and most in the buildings in the ferry station. Large aircraft carrier warships were stationed further down the bay near the botanical gardens and these outdoor pools.

With that thought, we decided to do something that is quite common in this city, and took a river taxi to Manly, a hip palm tree lined beach on the opposite side of Sydney city’s bay.

There was a really nice sandy beach here, which apparently gets really popular in the summer. A high volume of tourists take this trip to experience the beach culture in Sydney.

The seafront was lined with trendy surf and souvenir shops, and a multitude of fish and chips and coffee shops. We stopped for lunch at an incredible cafe themed after Hemingway, a novelist. The burgers were awesome here, and one of the first things I noticed was the use of metal straws over plastic straws. Australia cares quite a lot about its wildlife, and after the recent issues rising to the surface about how much single-use plastic is dumped in the ocean and affecting the sealife, it’s good to see that things are starting to change. 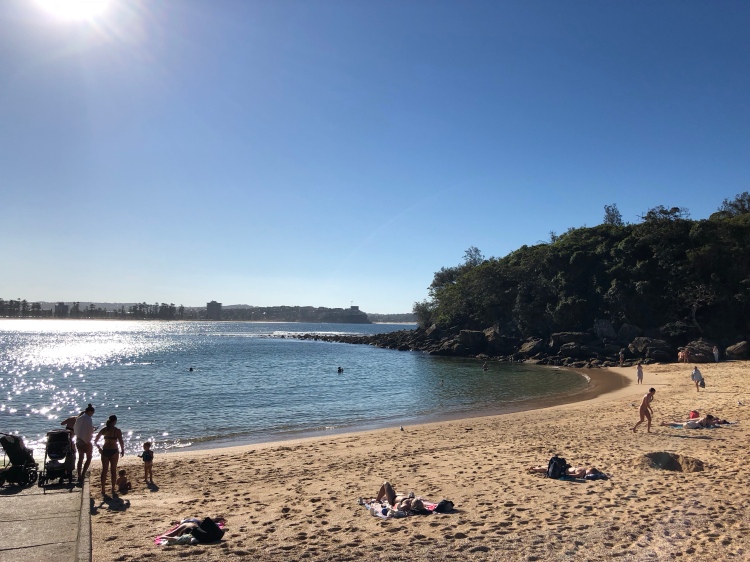 We walked along the shore, to the the last beach on this strip, which happened to be one side to the opening of the Sydney bay. 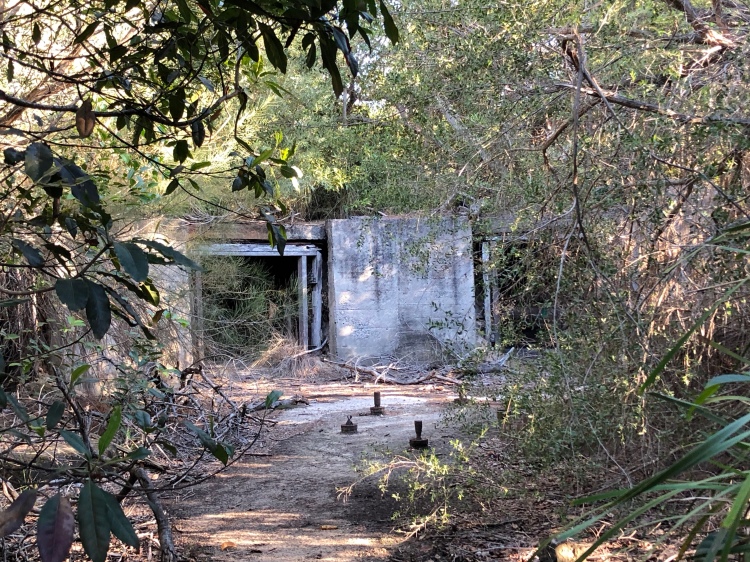 As we were at the access point to the main city, there was a hike to where the gun barracks that guarded the opening from being entered by enemies in the war.

The North Head Sanctuary up there was now partly a converted into a school.

We came back on the ferry for sunset, into Darling Harbour.