I hear this sentence on a weekly basis. And it’s not far from the truth.

I am hoping that I will not wake up anytime soon. 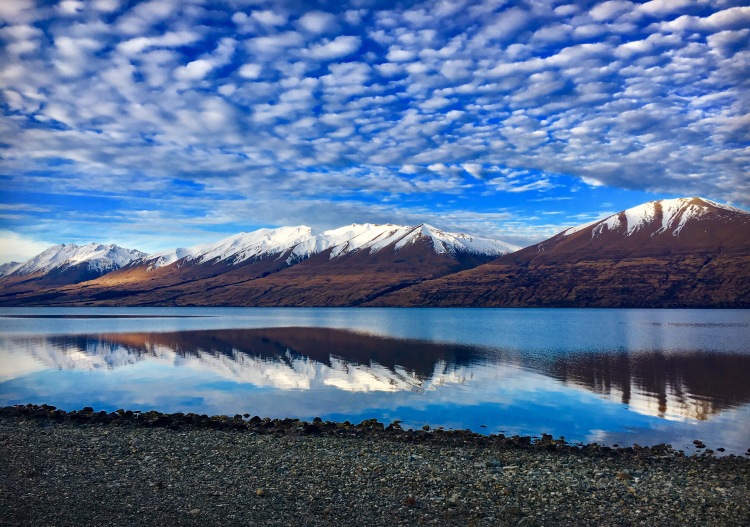 Actually, I feel as if my dreams are more mundane than my day to day life. I had one about arguing about the correct way to make the bed last night. And then I woke up, put my ski gear on and went to work on the mountain.

It feels like a while since I wrote about my life as a ski instructor. It has it’s highs and lows, and this season has been nothing short of eventful.

We have mastered the art of making a fire, and learned how to survive in a house which is so cold the shampoo freezes in the shower.

The Grottage has a reputation in past seasons to be the party house, and despite having the most relaxed housemates, we have had our fair share of visitors to stay this year.

I reckon this dude has been the cutest so far though.

The snowfall for my preconception of New Zealand’s skiing experience has been better than I could have ever imagined. The Mackenzie mountain range got ALL the snow. So much so that some days there was too much for the resorts to operate. Powder for days!

I have witnessed several intense injuries this year, despite being the “most cautious” instructor on the mountain, I am now on Patrol’s watch list for most pick-ups carried out during my lessons.

One of them being a kid I thought was a student of mine, turned out to be a random kid with the same jacket… It was an awkward double take when I returned to my group and his teammates corrected me, “but Daniel is right here!” …

Not the only reason I have been put on a special Patrol watch, I have managed to injure myself twice now… I came to realise how sincere riding the blood-wagon was, when everyone on the ski field stares at you as you pass like you’re a corpse in a body-bag. I felt ridiculous as I had just strained my knee shovelling. Shovelling snow. On THE best powder day of the season. Eek.

We lost a couple of really awesome friends at work on the field to injures. Sending it hard with blue-bird day backflips accidentally put Jake in hospital with a broken neck, which is shit, but we feel so lucky that he got away with just that. From these unfortunate experiences I realised just how strong Ohau is as a family. Everyone comes together as a unit when needed and will work harder than ever to support it.

Ohau means “valley of wind” in Maori language,  which is appropriate for some of the storm days Ohau’s had recently. We also don’t close the mountain unless the chairs are literally doing flips around the cable. Hardcore man!

The wind also has a way of blowing in snow from the surrounding mountain range, and dumping it into tasty little hidden pockets around the snowfield. My favourite activity is now hunting for them.

Being fairly rare, my days off have been precious to me and having the car has enabled me to escape and explore New Zealand a little. Cardrona and Treblecone were on the hotlist last week and skiing them was incredible.

My first time camping in my car was a comfortable experience as It took me back to being a kid again, who spent her summers building her own little teepees in the garden out of just chairs and sheets. The ultimate safe space to sleep, only the addition of the sound of rain pitter-pattering on the metal roof overhead.

Winter is mighty cold though if you are travelling solo, so my best tip for camping in your car is bring a hot water bottle. A life saver!!

Experiences are really important to me, and as a result finding new things to do, places to go and skills to master is the core of my happiness here.

The kiwi can-do attitude has inspired me to pick up a snowboard again, and despite having a little meltdown and having to download at the top of the chairlift in a whiteout, that will not stop me from trying again 😉

Maybe next time not in my uniform..

Talking about discovering new things, I now know what Marmite cake tastes like. And that Mel can make literally anything taste good. Happy Birthday Issy!

We have just crossed the half-way mark for the season now, I have experienced so much in such a short space of time, and I can’t wait to see what’s in store for the rest of the New Zealand winter.